Economic and Tax Highlights from the 2022 Federal Budget

“These three pillars – investing in people, investing in green transition, and investing in innovation and productivity – will create jobs and prosperity today and build a stronger economic future for our children.”

On April 7, 2022, Canada’s Deputy Prime Minister and Minister of Finance, the Honourable Chrystia Freeland delivered her second Federal Budget. The 2022 Federal Budget entitled, “A Plan to Grow Our Economy and Make Life More Affordable” focused primarily on housing, the climate, jobs and growth, and affordability.

Budget 2022 outlined critical steps needed by the government to advance their long-term objectives of building a stronger and more resilient economy, one that generates shared prosperity, while maintaining long-term fiscal sustainability.

Initial thoughts shared by Canadian economists and corporate leaders indicated it was a fiscally responsible budget, and different in tone from past Federal Budgets delivered by this government.

To the relief of all Canadian taxpayers and contrary to widespread speculation, the government did not increase the capital gains inclusion rate, nor were changes announced to the appropriate use of the principal residence exemption.

“Housing and immigration and skills and childcare.  These are social policies, to be sure.  But just as importantly, they are economic policies too.”

The budget did introduce measures to make housing more affordable across the country by:

Specific measures include the introduction of:

Budget 2022 recognizes Canada is facing new international democratic challenges – such as combatting more sophisticated illicit financing forces, and the increased need to challenge disinformation and misinformation that threatens public institutions around the world – and proposes new actions to address them.

Responses include adding more than $8 billion in new funding over five years on top of the planned increases associated with Strong, Secure, Engaged – Canada’s 2017 defence policy, and outlined intentions for the government to review said defence policy. The aim of this additional funding is to:

The government wants to ensure that Canada has the ability to detect these threats through a comprehensive AML/ATF Regime, as well as an equal ability to catch and prosecute these offences, which is vital to protecting Canadians and safeguarding the rule of law in an increasingly complex financial world. To do so, Budget 2022 outlined the government will:

The government recognizes now, more than ever, we need to strengthen our health care system and ensure that it delivers the care Canadians deserve. Working with the provinces and territories in investing in health care, Budget 2022 outlined the following:

“Budget 2022 proposes additional measures that will make the tax system more fair, and new steps to ensure the federal government is delivering effective programs and services that Canadians deserve.”

No changes to federal personal income tax rates were announced in Budget 2022.

28% of personal tax filers who report a gross income in excess of $400,000 pay an average federal personal tax rate of 15% or less. They achieve such by making significant use of deductions, personal tax credits, and other ways to have large amounts of their income taxed at lower rates.

Budget 2022 announces the government’s commitment to examine a new minimum tax regime, which will go further towards ensuring that all wealthy Canadians pay their fair share of income tax.

The government will release details on a proposed approach to implement the minimum tax in the 2022 fall economic and fiscal update.

Budget 2022 announced a consultation process for stakeholders to share their views as to how the existing rules could be strengthened to protect the integrity of the tax system while continuing to facilitate genuine intergenerational business transfers. After the conclusion of the consultation process, a bill may be tabled in the fall of 2022.

Some people who engage in property flipping may be improperly reporting their profits to pay less tax. Budget 2022 proposes to introduce new rules to ensure profits from flipping properties are taxed fully and fairly. Specifically, any person who sells a property they have held for less than 12 months would be subject to full taxation on their profits as business income. Certain exemptions would be provided. The new rules would apply to residential properties sold on or after January 1, 2023.

“We need to make our economy more innovative and more productive, and we need to make it easier for businesses, big and small, to invest, grow, and create jobs in Canada.”

Small businesses currently benefit from a reduced federal tax rate of 9% on their first $500,000 of taxable income, compared to the general federal corporate tax rate of 15%. A business can no longer access this lower rate once its level of capital employed in Canada exceeds $15 million. To support small to medium businesses in growing and creating jobs, budget 2022 proposes to phase out access to the small business tax rate more gradually, with access to be fully phased out when taxable capital reaches $50 million, rather than at $15 million. This measure would apply to taxation years that begin on or after Budget Day.

Initially introduced in Budget 2021, Employee Ownership Trusts were broached to assist in facilitating the transition of privately owned businesses to employees. The main barrier to introducing such was the lack of a dedicated trust vehicle tailored to such trust structures. Budget 2022 proposes to create the Employee Ownership Trust – a new, dedicated type of trust under the Income Tax Act to support employee ownership.

Requiring Financial Institutions to Help Pay for the Recovery

While the various Federal government COVID-19 support measures worked, they came at a high price – more than $350 billion for health and safety, and direct support measures.

While many sectors continue to recover, Canada’s major financial institutions made significant profits during the pandemic and have recovered faster than other parts of the economy.

Anonymous Canadian shell companies can be used to conceal the true ownership of assets, including businesses and expensive property. This also makes them vulnerable to misuse for illegal activities, including money laundering, corruption, and tax evasion. These anonymous corporations can also be used to avoid sanctions and the tracing and freezing of financial assets.

To counter this, authorities need access to timely and accurate information about the true ownership of these entities. To this end, the government is accelerating by two years its commitment to amend the Canada Business Corporations Act to implement a public and searchable beneficial ownership registry, which will be accessible before the end of 2023. The registry will cover corporations governed under the aforementioned act and will be scalable to allow access to the beneficial ownership data held by provinces and territories that agree to participate in a national registry. Legislative proposals will be forthcoming as part of the Budget Implementation Act.

As part of its ongoing efforts to improve beneficial ownership transparency, the government intends to work with provincial and territorial partners to advance a national approach to a beneficial ownership registry of real property, similar to other countries, including the United Kingdom.

To ensure that corporate data provided to the registry is accurate and timely, the government will also examine approaches that support the validation and verification of the information in the registry.

The government will engage provincial and territorial governments at the earliest opportunity to advance a national approach to beneficial ownership transparency.

Please note: any proposed changes highlighted above are simply proposals until passed into law by the government. 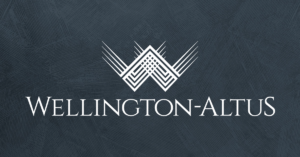 Trusts with a December 31 year end will be required to comply with the new reporting requirements beginning with their 2023 T3 Return.

Clients who have implemented a prescribed rate loan should be reminded to pay the appropriate interest relating
to the 2022 year on or before January 30, 2023.

When it comes to philanthropy, Canadians today are more intentional, want to see the impact of their gift, and are giving more. With intentional philanthropy, clients should address the following questions…