“Where have you gone, Joe DiMaggio?” – Simon & Garfunkel

Given the continuing calls by market pundits for 50 basis point (bps) inter-meeting rate hikes — even while the Fed balance sheet is still expanding — or seven rate hikes in 2022 — despite slowing growth and a war in Ukraine — we feel the need to once again re-enter the continuing rate hike debate. At the time of writing, no policy moves have been made despite continuing cries from the status quo. We maintain the position that tightening too much and too quickly would be a poorly misjudged policy mistake.

We suggest that the devil is in the details: the Fed has waited patiently to make any moves because the underlying metrics suggest that no moves are yet warranted. By its use of average inflation targeting, inaction is the right action — especially in light of the extreme levels of global debt and a slowing economy. The credit markets are shouting a similar message; why isn’t anyone listening? In hindsight, we may realize that today, we are at — or close to — peak inflation. Perhaps it is just a matter of time before the nation turns its lonely eyes to Jay Powell and sees him as the great hero we have failed to acknowledge.

The Metrics Changed…Have We Forgotten?

How easily many of us have forgotten that the Federal Reserve changed its inflation targeting policy in the summer of 2020 from an inflation target (IT) to a flexible “average inflation target” (AIT). This was prompted by structural economic changes, demographics, globalization, technology and high debt-to-GDP ratios that reduced average interest rates over time and resulted in the persistent undershooting of inflation targets. At the time, some considered this to be a generational policy shift. Powell himself called it “robust updating” — and yet it has been largely overlooked throughout the ongoing inflation debate.

Simply put, the Fed now uses core personal consumption expenditures or “core PCE” as the metric to target average inflation measured over a period of time. If inflation undershoots the target for a while, the deviation will be made up by allowing it to overshoot the target for a period of time (to make up for past shortfalls). Powell has been fairly consistent in reiterating this in his communications, including in some of the latest minutes of the Federal Open Market Committee: “In order to anchor longer-term inflation expectations at this level, the Committee seeks to achieve inflation that averages two percent over time and therefore judges that, following periods when inflation has been running persistently below two percent, appropriate monetary policy will likely aim to achieve inflation moderately above two percent for some time…”

Where Are We Now?

Framing the inflation debate with AIT reveals that even after the intense inflation generated by the Covid 19 pandemic, the target rate of 2% for core PCE has yet to be achieved. In fact, an issue largely overlooked is that we have been living through an extended period in which central bankers have been unable to reach their policy objectives of 2% core PCE — since 1995, to be precise. Even when we include today’s Covid-19-induced price increases, core PCE has been closer to levels around 1.7%. Yes, inflation numbers are very strong, but long-term inflationary expectations, as measured by the five-year five-year forwards, are well anchored at close to 2%, a testament to the heroic job by officials at the Bank of Canada and the Federal Reserve. By this metric, the Fed is certainly not behind the curve.

With long-term inflationary expectations well anchored at close to 2%, one must wonder why such a frenzy has been created in the first place. Calm evaluation reveals that, yes, headline inflation is high; however, concomitantly, the inflation we are experiencing is bifurcated. The data reveals that the components that make up the food, energy and automotive sectors have been rising 15% year-on-year, but this has been largely driven by the effects of Covid-19. Even if one includes the over-emphasized rent component, the remaining 70% is running at inflation levels of only 3%. With the return to normal, this may suggest that perhaps peak inflation is upon us.

Supporting the suggestion of peak inflation in his recent speech, Charles Evans, Head of the Chicago Federal Reserve, clearly stated that we are still in a structurally low-interest-rate environment and the relative price increases were attributed to Covid-19. He asserted that long-term secular forces continue to be deflationary, explicitly anchoring his analysis on the fact that since 2008, the Fed has been below its stated target of 2% PCE. Furthermore, he correctly suggested that, even with the inflation created by Covid-19, the Fed is still below this targeted level.

PCE: Still Below the Trend of 2%

As the economy opens, our base case has always assumed that consumers will go back to predominately consuming services over goods, and the inflated prices of many goods will temper as supply chains return to normal and demand decreases. For one, a significant portion of U.S. Q4 GDP growth was attributed to inventory builds, but consider that the buildup of inventories superficially increased due to supply chain backlogs — and not demand. As companies struggle to clear out these inventories, they will likely resort to decreasing their prices. This is what happened in the early 2000s. As economies open, demand will adjust and then prices will adjust accordingly: markets left to their own devices eventually sort out these shocks. As the saying goes, “the cure for high prices is high prices.”

The Global Economy: Can’t Handle the High Level of Interest Rates That So Many Desire

While the Fed’s inflation targeting policy suggests inaction, we also suggest that inaction is warranted due to the current state of the economy. Those demanding multiple and swift interest rate hikes often point to the 1970s policy playbook of Paul Volcker. However, this was a time in which the debt-to-GDP ratio was only at levels around 40%, not close to the whopping 140% that it stands at today. It’s folly for some to want policymakers to shock the economy and the financial markets like Volcker did — he had the benefit of over two decades of policy normalization, while today many are demanding that policy be normalized even before we have left the pandemic behind.

Common sense suggests that with a 140% debt-to-GDP level, a period of aggressive interest rate hiking and balance sheet contraction will be met with significant dislocations in the credit market. Add in the extreme amount of leveraged loans and excessive levels of corporate debt to the disproportionate debt to-GDP level and the consequences could be disastrous.

The Credit Market is Shouting: Is Anyone Listening?

The credit markets concur. The nominal yield curve has peaked and started to flatten at its lowest rate going back to With the Eurodollar market and the Overnight Interest Rate Swaps market already flashing warning signs, as they did in 2018, and with spreads in the high-yield market starting to widen, the credit markets are sending a clear signal. Excess rate hikes and the contraction of the Fed balance sheet will be met with a significant dislocation to credit markets. Investors need to heed the warnings of the credit market.

Ironically, the communication strategy of the Federal Reserve was, in some sense, perhaps too effective given that it has caused yield curves to be close to or already inverting; yet, interest rates have yet to be raised by even 25 bps! However, the shouts from the credit markets suggest that the room to tighten without damaging the economy is small.

These fears aside, with monetary policy working with a lag and with the opening of the economy shifting consumption away from goods to services, alongside indicators pointing to current inflation levels close to peaking, we suggest that a small rise in rates should not shake the credit markets.

Where to for Investors?

Alas, we believe that the credit markets will drive the pace and the extent of the policy normalization process. To wit, credit markets are already starting to push back. As the relative price shock of Covid-19 recedes, we expect the long-term secular deflationary forces to re-emerge.

We have been suggesting that investors maintain a defensive posture until early- to mid-summer. By that time, we should have clarity regarding the crisis in Ukraine, the economy will have fully opened, consumption will have shifted back towards services, goods inflation will begin to decline and the central banks will be able to take a much more patient approach to policy normalization than currently priced into the markets. Risk assets should then begin to appreciate in the second half.

Yes, the central bankers are data-driven — and the data should eventually show conclusively that, with the slowing economy, core PCE will be declining. Investors need to prepare for the new narrative that includes peak inflation and recession fears. Investors today should not be fooled into overexposure in inflation protection and defensive names.

Before the summer a few rates hikes may transpire, with the first 25 bps increase expected in March, but any suggestion of hawkish Fed moves will be a proclamation that fails to materialize. We could be wrong, and unbeknownst to us and the capital markets, the Fed could abandon AIT and revert to the old inflation target policy playbook that so many yearn for. If this is true, all of the policy work that followed the global financial crisis yielded nothing. This is not our base case, but the silence of Fed officials relating to their adopted AIT policy goals appears peculiar and does not go unnoticed.

There is an aphorism in the medical community that may be fitting to our continuing narrative: “Don’t just stand there, do nothing.” In medical literature, it’s called “clinical inertia,” reminding us that sometimes stopping and doing nothing before we act can yield the best outcomes. In hindsight, maybe the current pundits who have suggested that Powell take immediate and definitive action will reverse their positions and concur that patience was, indeed, the virtue. Perhaps Jay Powell will be seen as the hero that saved us by inertia.

[3] “On the Benefits of Letting the Economy Run Hit,” Charles Evans Speech, Federal Reserve of the Bank of Chicago, February 18, 2022 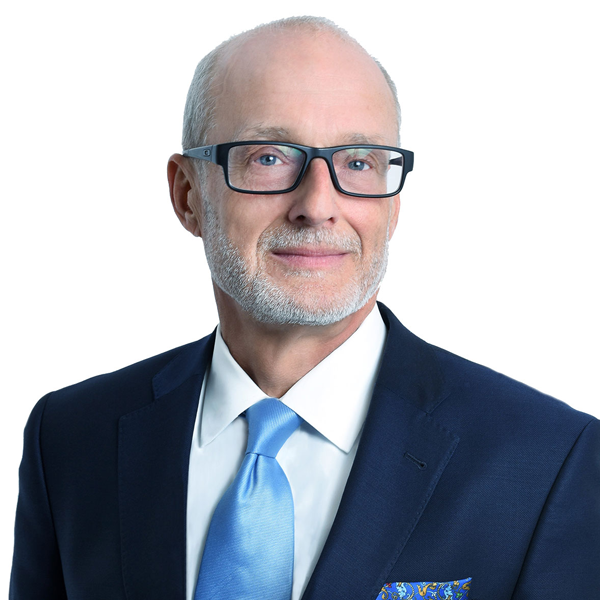 The 2023 Market Forecast – The Pause that Refreshes

Patience is a form of wisdom Download this PDF here. “All models are wrong. Some models are useful.” — George E. P. Box, statistician “Patience

Trump, Gridlock And What It Means For Investors In 2023

October Market Insights: Is The Fed Repeating The Mistake Of 1937?

Never Let a Good Crisis go to Waste Download this PDF here. “…you will ruin fifty thousand families, and that would be my sin! You

Passing the Peak Sagitta of the Inflation and Rate Expectation Arcs in 2022 Download this PDF here. “Let us do something while we have a